International K-POP icon and member of the popular 2NE1 group, Sandara Park will be guesting in Gandang Gabi Vice (GGV) on May 18,2014.

Aside from appearing in the famous Pinoy Big Brother house as celebrity housemate, Dara is also expected to guest in Gandang Gabi Vice this coming Sunday. 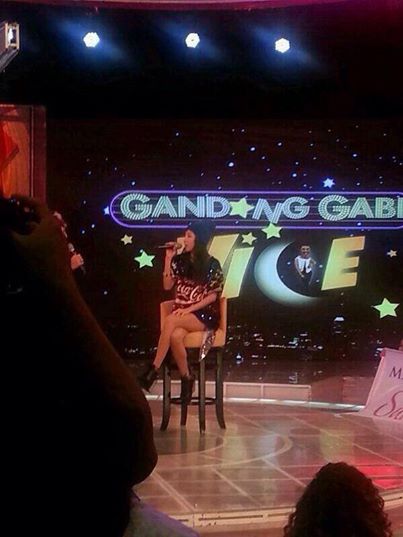 According to 2NE1 Facebook fanpage the taping for Dara’s appearance on GGV was at 4PM of May 14,2014 and the actual airing is on Sunday. You can see the sneak peek video below:

The Pambansang krung-krung of the Philippines never failed to delight her fans, as you can see on the video; the fans don’t have to request her to do a sample.

When she heard their hit single “Fire” she immediately does the dance routine for that song.

Sandara Park (29-year-old) arrived in the Philippines at around 11AM of Wednesday while the remaining 2NE1 members CL, Minzy, and Bom will arrived on Friday.

2NE1 will be having a concert in Mall of Asia Arena this coming Saturday March 17,2014 at 8PM.

In her interview at Aquino & Abunda tonight, Kris told that Dara was voted as most beautiful Korean of 2013.

Dara revealed that she doesn’t have a boyfriend. When she misses the Philippines she watches Tagalog movies.