Microblogging site Twitter went a buzz few days ago because the upcoming movie for 2014 She’s Dating The Gangster already named its lead characters.

The movie will be top billed by Got to Believe lead stars Daniel Padilla and Kathryn Bernardo. 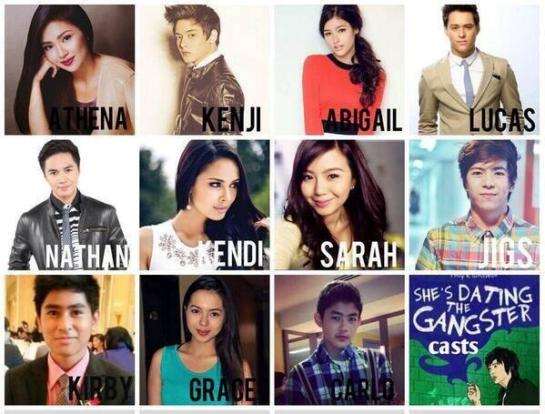 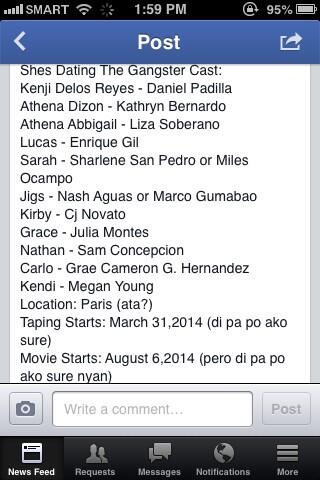 khryswhenrry sy also added that the taping already started last March 31,2014 and the location is in Paris. However, she is unsure about it.

She’s Dating The Gangster was about two teenagers Kenji Delos Reyes and Athena Dizon. Kenji ask Athena to be his fake girlfriend so his ex-girlfriend Athena Abigail Tizon become jealous and get back at him. Unfortunately or fortunately their faked relationship became a reality.

She’s Dating The Gangster is one of the popular reads in Wattpad. It was written by Bianca Bernardino (SG Wannabe). The book has garnered numerous good remarks from the readers and now Star Cinema will be making its movie version. It will be directed by Cathy Garcia-Molina.