As of March 2015, SKK Mobile’s Lynx is the reigning cheapest HD octa-core smartphone available in the Philippines. Check out the price, specifications, and key features of the device below.

SKK Lynx is the latest mid-range smartphone from the local mobile phone distributor. It is the current title holder as the most affordable octa-core device in the Philippines.

Lynx has an 8GB of ROM but there is available micro SD card slot to expand its capacity up to 64GB. Multi tasking, most likely, will never be a problem with the device because it has 1GB of RAM. The rear camera is a 13 megapixel with autofocus and LED flash. The front is a 5-megapixel. 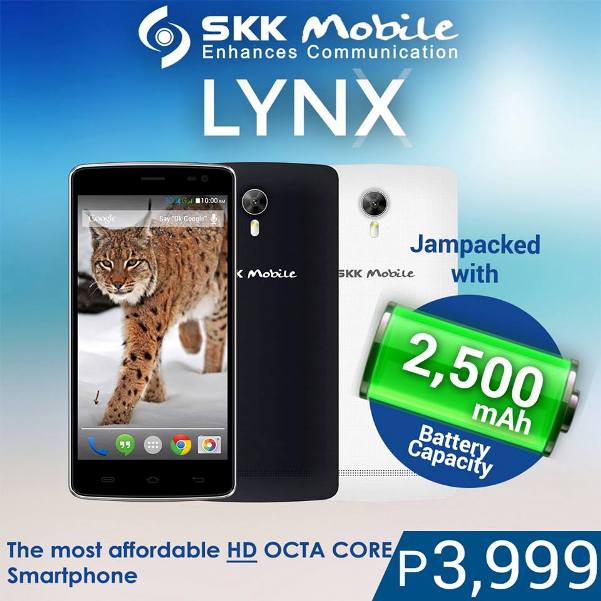 Notable features of Lynx are; USB-OTG which allows its users to connect flash drive, game controller, and other USB devices without hassle; Hot-Knot, a file-sharing feature done simply by tapping the lynx’s screen to another Hot-Knot ready device; and built-in power saving management tools to extend battery life.

Visit any SKK Mobie kiosks and stores to see the actual unit.