Happyman by Starmobile has introduced on their Facebook account the modern pinoy’s mobile companion, the Starmobile Jump Neo.

Their newest device is the most affordable Android Lollipop Phablet in the Philippines to date with an asking price below P4500.

Jump Neo runs the latest Android operating system on its 5-inch touchscreen display. The device gets its processing power from an Arm Cortex quad core CPU and a Mali-400MP2 video card.

It stores files on its 8GB ROM which, can be expanded up to 32GB max depending on the users disposal. Its 1GB of RAM is probably enough to enjoy lag-free games with few apps like Facebook running on the background. 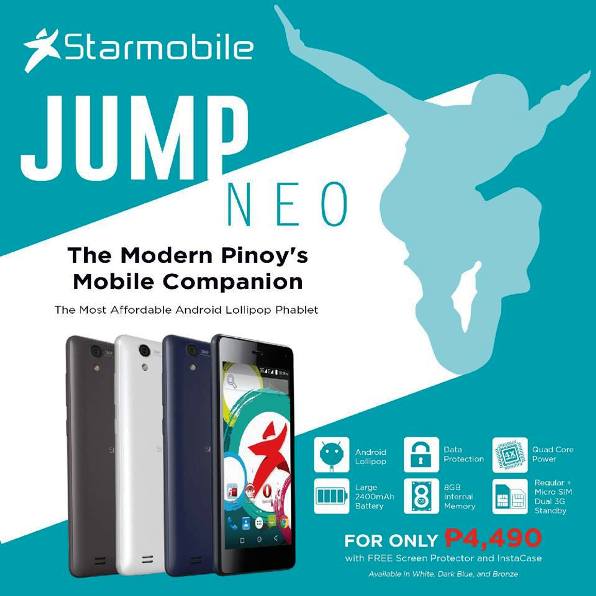 Jump Neo has two cameras. The rear-facing is an autofocus 5MP while the front selfie is fixed-focus 2MP. This phablet is equipped with a data protection feature that keeps files and photos private until the user keyed in the assigned unique unlock pattern. Another privacy feature is the screen pinning which limits the functionality of apps and programs when used by a user other than the owner of the device. 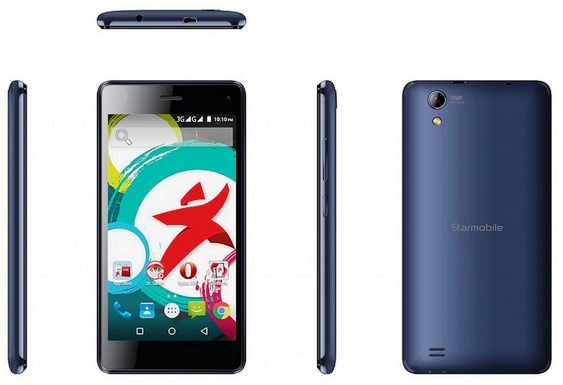 Next post: MyPhone Rio Nationwide 3-Day Sale on May 2015, Up to 60% Discount on Rio Phones