New Zealand needs ten thousand workers in the coming years to help rebuilding Christchurch City, a city on the South Island of the country. The reason is the latter was heavily damaged by an earthquake way back in 2011.

In a news report by TV Patrol, New Zealand will open 10,000 buildings and construction-related jobs in the next 3 years. These jobs are open for migrant Filipino workers and other expats. This is because New Zealand lacks the human resource needed to rebuild its earthquake-damaged City.

The salary ranged from 100K to 300k pesos or 2800 NZD to 8500 NZD monthly, free board and lodging, plus other benefits and overtime. Salary is twice or thrice higher than in the Middle East. Migrant workers can also bring with them their families.

POEA and New Zealand officials, however, remind those interested skilled workers that accredited agencies should not collect any placement recruitment fee as it is against the rules imposed by the government agency. Also, it is advisable to go directly to POEA to know the list of jobs offered in New Zealand. 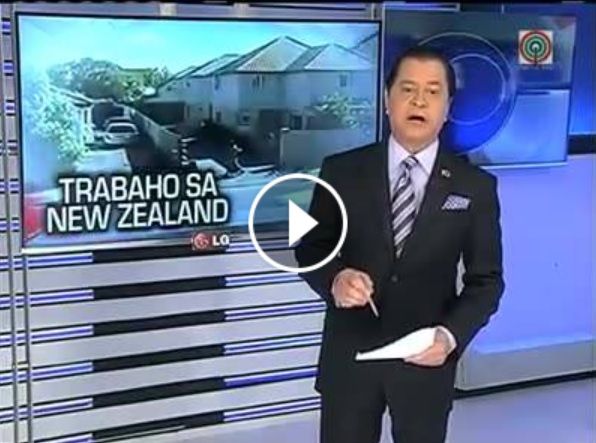 The Philippines and New Zealand are now in the process of creating an agreement regarding sending OFWs to NZ.

New Zealand is a country located in the Southwestern Pacific Ocean. It has two mainlands; the north island and the south island. Its capital is Wellington which is located below the north island. It belongs to the continent of Oceania. According to stats.gov.nz as of June 2013, New Zealand has an estimated population of 4.5 Million which is quite low. As a result, people living in this country are generally well educated and have a high standard of living. One (1) New Zealand dollar is equivalent to 32.61 Philippine Peso.

When comes to the economy, New Zealand’s source of income is farm products, winemaking, film production, tourism, and international trade. Its land area is comparable to Ireland and the Philippines. Its population is almost similar to Norway, Singapore, and Ireland.

Tagged as: All about New Zealand, new zealand jobs, no placement fee