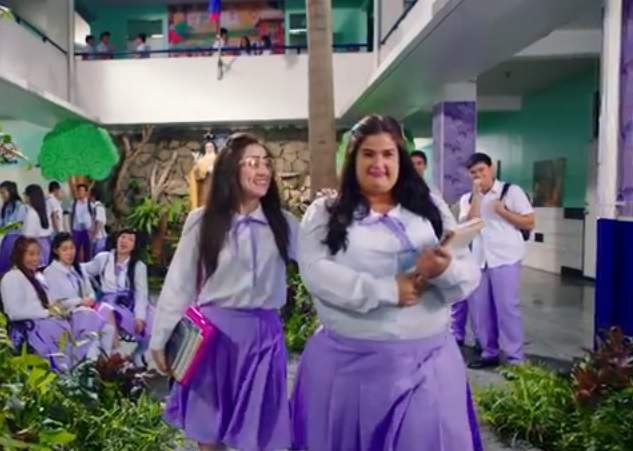 Cristine Reyes and Anne Curtis Before

The story revolves initially between two intellectually gifted students and best of friends, Zoe and Aika. Despite being friends, they always rivaled during their elementary years as to who should be the top of their class. Aika apparently came on top, and Zoe, unfortunately, is being pressured by her parents to how she could become better than Aika.

The girls’ parents do not want their child to just be a runner up. Instead, they want them to work harder to become always number 1.

Cristine Reyes and Anne Curtis After

Later on, the two girls met Sam Milby (Mark Ferrer), the handsome boy in school. Their rivalries get worse as now they are not only fighting for higher grades but also for Sam Milby’s (Mike Ferrer) attention. The two even went under the knife just to gain the attention and heart of Mark. Who’s going to win? Lets soon find out by watching the movie.

Watch The Gifted Official Trailer below:

Here is Anne Curtis’ quote from her character in the movie:

This comedy – romance Movie will be hitting the cinema screen on September 3, 2014. It was written and directed by Chris Martinez. MVP entertainment and VIVA Films produced this movie.

In 2011, Cristine Reyes and Anne Curtis previously starred in blockbuster tagalong romantic-drama film, ‘No Other Woman’ where they also rivaled to win the heart of Ram (Derek Ramsay). Ram, however, is married to Charmaine (Cristine) and Kara (Anne) tries to get him from her.