Dr. Cristina Yang (Sandra Oh) has said lots of quotes and punch lines during her stay as one of the lead characters in Grey’s Anatomy.

Many were saddened (including me) about her announcement that season 10 is going to be her last in the medical drama show. And as expected during the season 10 finale (episode 24) she left the show (sad).

Her departure from the show will leave a huge space in the hearts and lungs of the fans. Perhaps the tv series Grey’s Anatomy will never be the same again without her as Cardiothoracic Surgeon. Don’t get me wrong, there will be good actors and actresses who can take her place as a surgeon in the show.

However, no one can replace Dr. Cristina Yang because she’s a legend when comes to delivering her lines and the way she portrays her nerdy competitive character. Agree or not?

As one of the fans of Grey’s Anatomy particularly Cristina Yang, I decided to immortalize the quotes and memorable single-liners that she used to tell to anyone. Especially to Meredith Grey in Seattle Grace Hospital which eventually changes its name to Grey Sloan Memorial Hospital. She is outspoken even to her seniors McDreamy or McSteamy and can laugh internally. 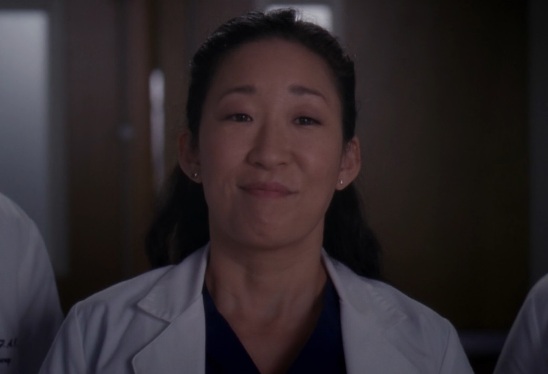 Here are the quotes which we will miss in the coming seasons of Grey’s Anatomy.

Farewell Dr. Cristina Yang, your fans will miss you. I hope you would have another TV series that we can follow. Or after season 11 you would change your mind and come back again to Grey Sloan Memorial Hospital.

in Educational Materials
392
SHARES
Share This
0 comments… add one

Next post: Daniel Matsunaga New PBB ALL IN Celebrity Housemate