Are you a newbie Dota 2 player? Check out the Top 5 Dota 2 Heroes List for beginners like you (and of course me). Prior to the launching of Dota 2, many are already familiar with its heroes list.

Almost all existed in its first version which is Warcraft III Dota 1. Some of the heroes have huge facelift which includes the list of skills and Ultimate. Noticeably, heroes also undergo name changes if compared to the earlier versions.

While almost every cyber-gamer all over the world were familiar with Dota 2, there are still many who can be considered a newbie. Newbies because they do not have an idea of choosing the right hero to train themselves plus they are not familiar with dota hotkeys assigned for every available ability and item. 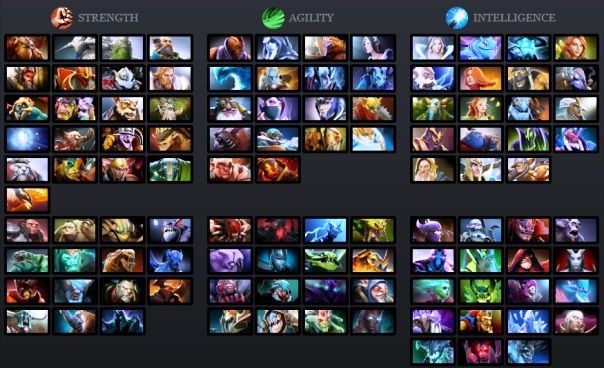 Playing Dota is not an easy thing. Every player has to consider what heroes to pick or to counter-pick assuming the rival side already has their five sets of heroes. What items to build and the most difficult part is what strategy to apply while playing competitive, and PUB games.

Newbies tend to go into panic mode when facing rival heroes. They don’t know what to do and when to use special abilities or even the ultimate skill. So in order to train, it would be better to choose a hero that has 1 to 2 passive abilities. In this way, you won’t have to worry about it whether in cool down or no available mana since it will automatically cast with the percentage of attack. Also, as much as possible pick a hero who does not need any other units to control to make it easy to manage.

Since I am no professional player, I can only share here the Top 5 heroes for us newbies to choose to eventually improve our DOTA playing skills.

She is an agility based carry that have 2 of her 4 abilities in passive mode – the precision aura and her Marksmanship (ulti). In this way you only need to manage frost arrow and silence. Frost arrow can also be toggled to auto-cast. She has 625 attack range which would be a big advantage to initiate team fights (with her silence ability) and to get out of it when necessary for better survivability.

Same with Drow she is an agility based carry that have 2 abilities in passive mode – the moon glaive and lunar blessing. She has only 330 attack range but her moon glaive allows each attack to bounce hitting up to 4 enemies including heroes and buildings when maxed up. It is advantageous when pushing creep waves, for farming, and during team fights.

Sniper is an agility based hard carry hero. Two of his abilities are also on passive mode the Headshot and Take Aim. He has perhaps the highest attack range in all of the dota 2 heroes at 810 when take aim is maxed up. It can be used to inflict considerable damage to heroes and creeps just before it can go near sniper.

He is an agility based carry hero. Just like sniper and drow, 2 of his abilities are in passive mode. Viper has 575 attack range. First passive ability is Nethertoxin, it help increase viper’s damage defending on percentage of creeps or hero’s HP. Viper is considered durable (tanky) because of its second passive ability – Corrosive skin. At max level it gives this hero 25% magic resistance and anyone who attacks him would be slowed by 25% and get 25 damage per second.

She is an intelligence-based hero. DP has 600 attack range which helps him to initiate and go at the back of ally heroes during team fights. She only has one passive skill – witchcraft but it greatly enhances mobility as it increases Krobelus’ movement by 12 percent. Other abilities and ultimate is also affected by this passive skill because it reduces cooldown and mana consumption.

There you go, guys. This is the top 5 Dota 2 heroes list for beginners. If you wanted to add other heroes please do so by placing it on the comment section.