What are your favorite Dota 2 Heroes  quotes and impressions during the game? I was watching some videos on Beyond The Summit youtube channel just recently.

One of Dota 2 caster and host, Zyori interviewed some attendees during the recently concluded The International 4 (TI4) if they have favorite dota 2 hero quotes. Some fans delivered their favorite Witch Doctor lines and some share their Luna’s. 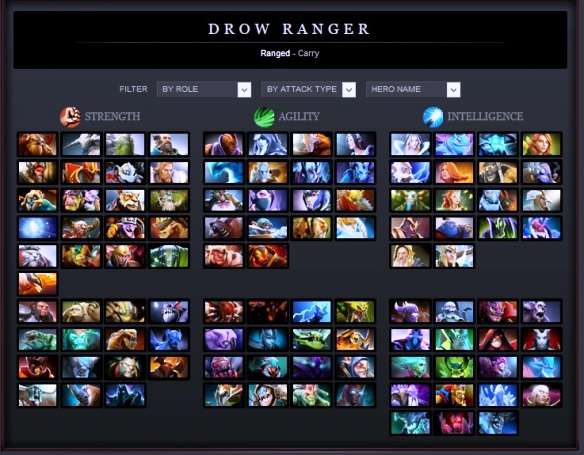 As for me, here are my Top Dota 2 Heroes quotes and impressions during battle

The Legion Commander – “Our enemy is crushed and our victory, assured. Strategically, this one’s in the bag!”

Drow Ranger – “I walk alone…. but the shadows are company enough.”

Spirit Breaker – “Your spirit, like your life is broken.”

Dragon Knight – “Let my face be the last thing you see.”

Brewmaster – “How many times are you gonna miss?”

Mirana – “Look how the prey scatters before us.”

Anti-Mage – “I bring an end to magic”

Morphling – “Time to test the waters”

Phantom Assassin – “Even in death, you will not see beyond the phantom veil.”

Medusa – “The only real beauty is power.”

WindRanger – “I now pronounce you man and tree.”

Enchantress – “I’m getting better at this! Not.”

Sniper – “I owe you one”, “I call the shots around here”, “You make a great bullet catcher”, “Say goodbye to your head”, “Someone brought a knife to a gun fight.”

Queen of Pain – “They say pain is all in the mind but they’re wrong. It’s all in my hands.”

Next post: The Voice Kids Ph Grand Champion: Darren, Lyca, Darlene or Juan Karlos, Who will it be?