Torque has revealed on Facebook their newest smartphone to date, the Torque Droidz Axis. It sports a 7-inch HD touchscreen display, which runs on the Android 4.4 KitKat operating system.

The device is powered by a quad-core processor, with 1 GB of RAM. Torque Droidz Axis has initial storage of 8GB which can be expanded up to 32GB.

The selling feature of this device probably is its 180 degrees rotating camera that has an 8MP resolution – a design that was probably first seen with OPPO N1 smartphone and tablet models.

Despite having technology similar to an international brand, Torque Droidz Axis is surprisingly affordable. It has a price tag of Php 5799 compared to a device from Chinese electronics manufacturer which is priced at least around P20,000. 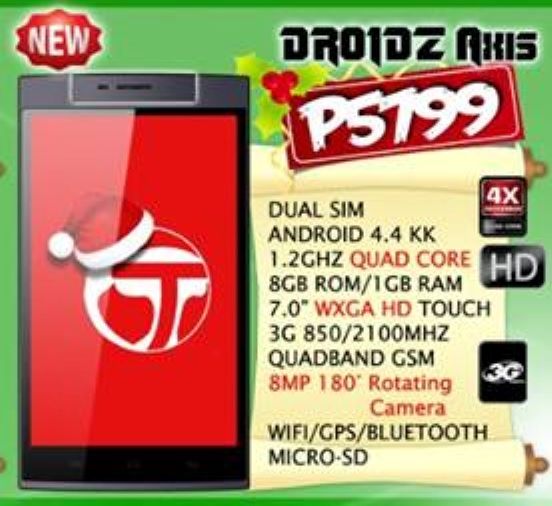 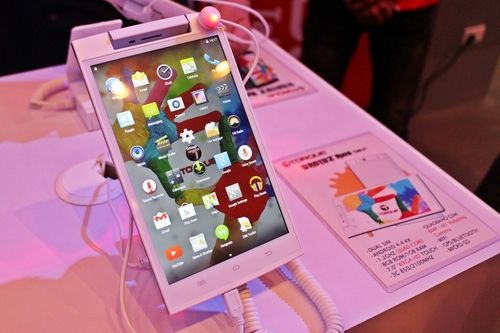 Aside from the Torque Droidz Axis, the local smartphone distributor also launched in December 2014 other devices that have a rotating camera. These are Droidz Swivel, Droidz Pivot, and Droidz Rotate.

The notable differences between the devices are their screen sizes, processor speed, and internal storage. The Rotate and Pivot both have 7 inches touchscreen while Swivel only has 4.7 inches. These devices are priced P4599, P4999, and P4399, respectively.

The difference in price is basically just a few hundreds. It really depends on the preference of the customer. If they want a phablet or just a smartphone.

Torque told that Droidz Axis is now available in dealers, kiosks, and mobile phone stores nationwide. When you buy this device you will also get a wall charger adapter, USB connector, and user’s manual. source