Toy Kingdom, one of the pioneering and leading toy stores in the Philippines, will be having an exclusive two (2) day event for the Toy launching of Transformers Dark of the Moon in SM Makati Concourse Area on May 14 – 15, 2011.

In the event, there will be exciting games and fantastic freebies. You will get a chance to have a selfie with giant Transformers Autobots and Decepticons statues and vehicles.

Update: We attended the Toy Kingdom’s Transformers Dark of the Moon Toy Launch in SM Makati last May 14, 2011. I just want to share some photos I took during the launch.

These are the toy products that we purchase during the event. An Optimus Prime, and Construction Devastator. 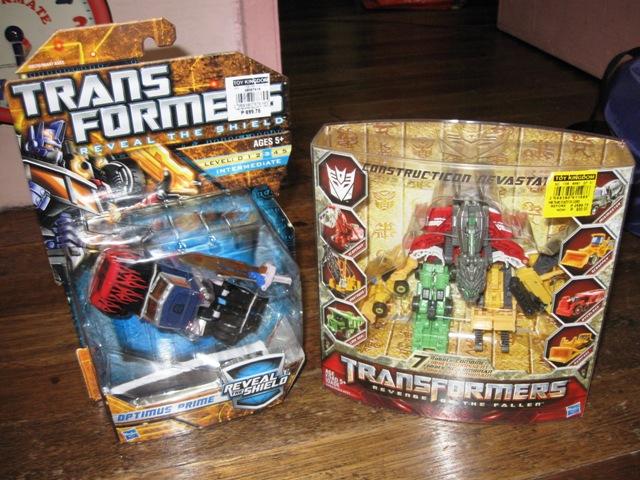 Here are some of the mascot robots, and statues. 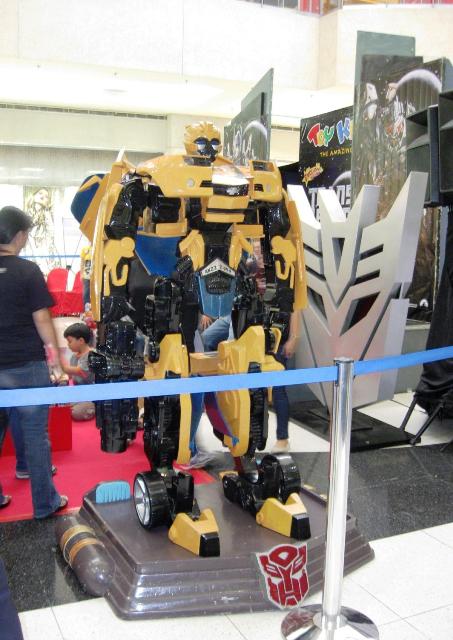 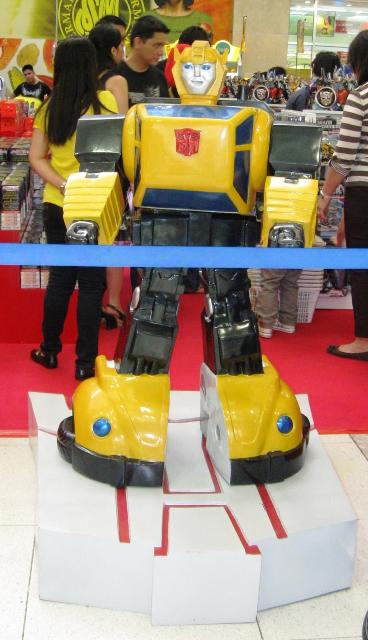 This anime Bumble Bee Statue reminds me of the classic transformers cartoon tv series in the ’90s. 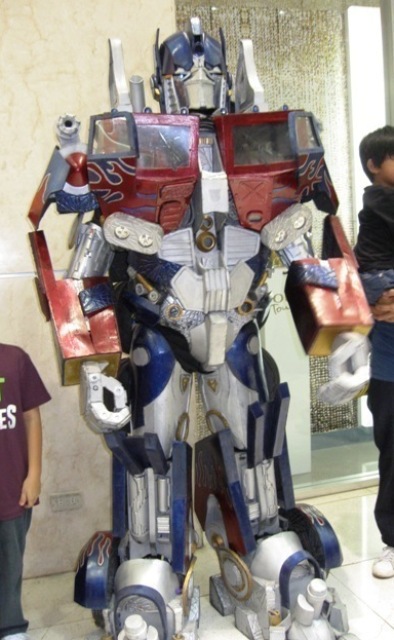 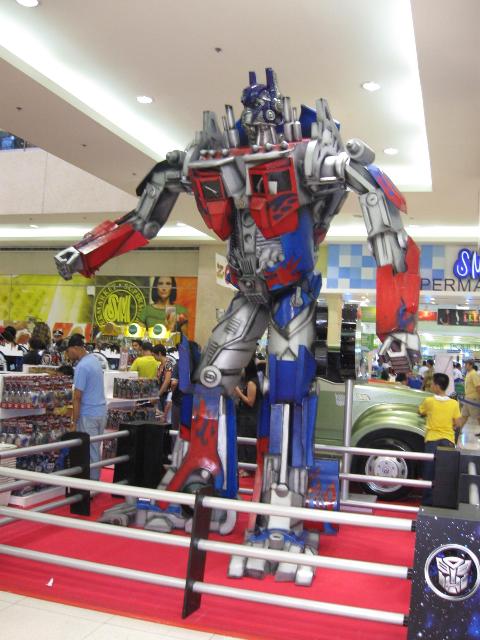 This giant Optimus Prime Statue is probably 12 feet tall. It is so huge that I have to take the picture from afar. 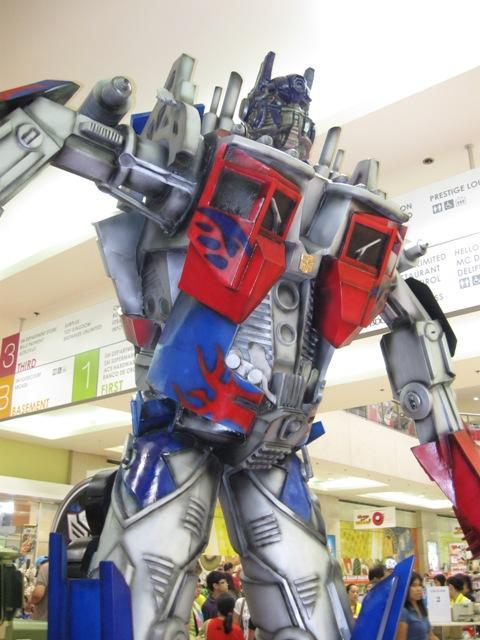 Here is a bit closer shot. 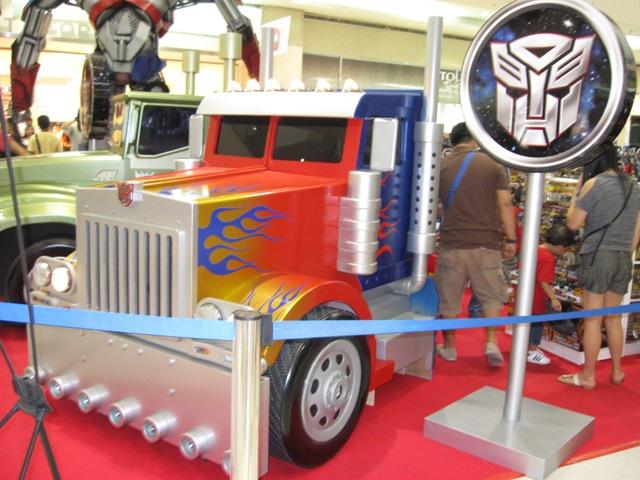 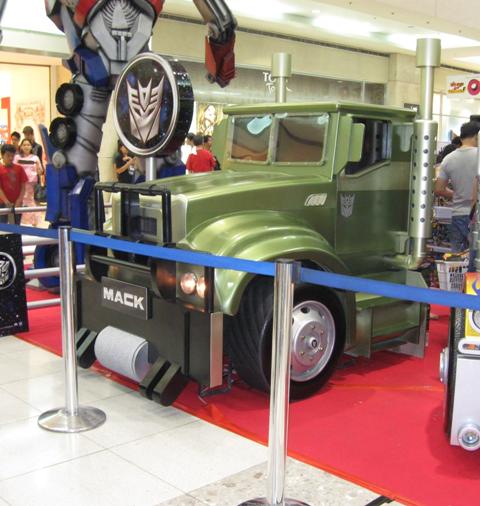 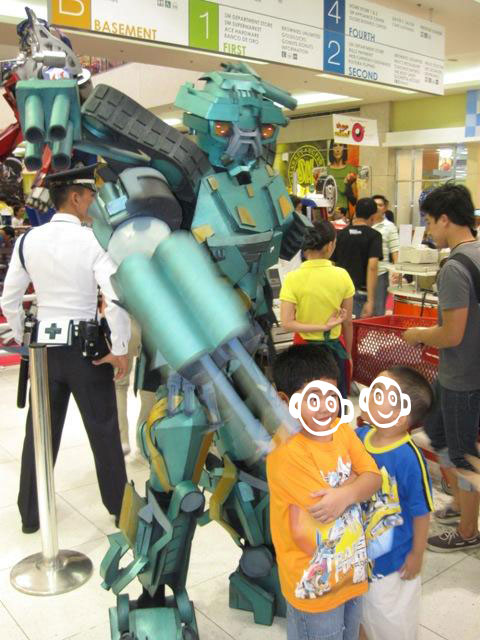 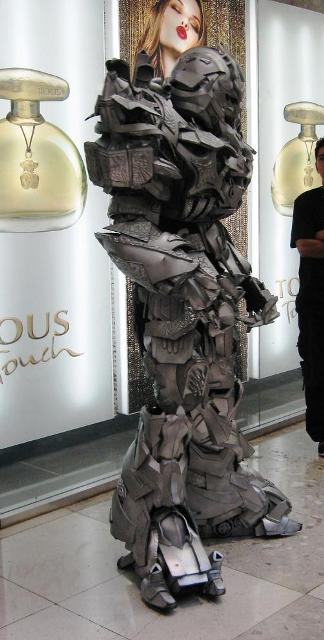 Here is a photo of kids enjoying a selfie with a transfomers mascot. 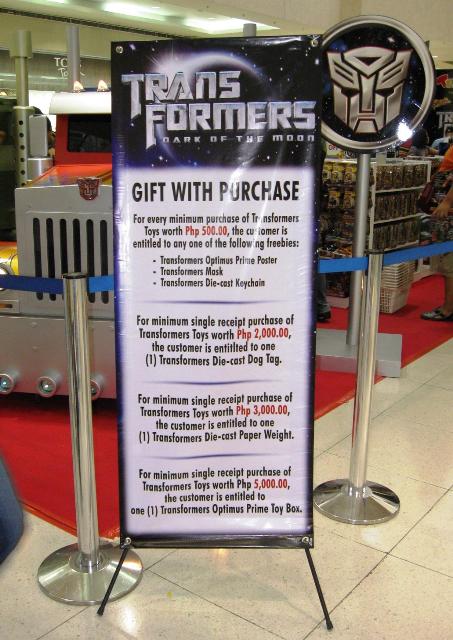 To avail of the freebies, customers need to satisfy certain requirements:

For every minimum purchase of Transformers Toys worth Php 500.00, the customers are entitled to any one of the following freebies. It can be an Optimus Prime poster, transformers mask, and transformers die-cast key chain.

For a minimum single-receipt purchase of Transformers Toys worth Php 2000.00, the customers are entitled to one transformers die-cast dog tag.

A single-receipt purchase of transformers toys worth Php 3000.00, the customer is entitled to one transformer die-cast Paper Weight.

For minimum single-receipt purchase of transformers toys worth Php 5,000.00, the customer is entitled to one transformers Optimus Prime toy box.

* Toy Kingdom Dark of the Moon image from this source

Next post: Bohol to Cebu Itinerary for 3 Days 2 Nights (3D2N)