Vhong Navarro greeted Anne Curtis on her 29th birthday via phone patch during the live telecast of It’s Showtime on February 17,2014. The male co-host joked that even if he didn’t come personally on the show to greet her, when she comes home he will be at her condo unit.

This is the first time that the voice of Vhong Navarro was heard at noontime variety show after the mauling incident that happened on him last January 2014. Despite being at the recovery process, he still managed to throw jokes, which made the audience roar with joy. 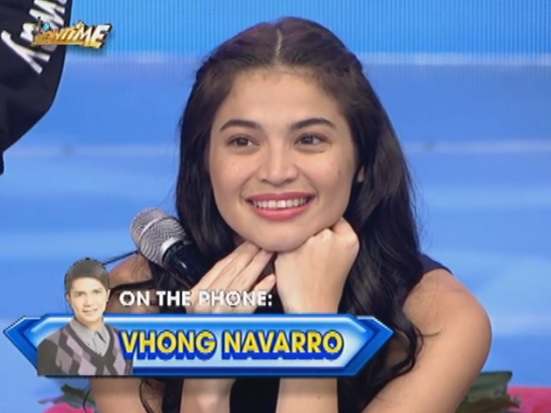 He said to Anne the following:

According to Vhong, he and Anne Curtis have an upcoming movie titled ‘Kung Fu Panda 4.’ Furthermore, he told that he is at the safe house referring to Ryan Bang’s condo unit.

As of the moment, there is no definite date when Vhong Navarro will come back to Its Showtime. For the whole story about Anne Curtis Birthday, you can watch it on ABS-CBN.com

Next post: Job Fair Schedule in Glorietta and FEU Makati