I should have created a post about Vice Ganda and his Quotes a long time ago probably I have placed here numerous quotes from him (sayang!!!).

I’m currently watching Showtime replay on youtube and again one of his quotes caught my attention. I just thought it’s worth sharing as we can learn from it.

From now on whenever I will watch Vice Ganda in Its Showtime or visit his official social media sites, I’ll note down his quotes and place it in this post.

Who is Vice Ganda?

Vice Ganda or real name Jose Marie Borja Viceral is a popular comedian in the Philippines. He is also a singer, multi-awarded actor, and tv talk show host.

He was one of the presenters of ABS-CBN’s noontime variety show “It’s Showtime” which runs Monday to Saturday. Vice is one of the original hosts of the show when it started airing on October 24, 2009.

During Sunday night, he is the presenter of the comedy talk show Gandang Gabi Vice (GGV). The show lasted for 9 years. Its first episode is May 22, 2011, and the last episode is on March 8, 2020.

His first lead role in a movie was in “Petrang Kabayo” which earned approximately Php 115.4 Million.

Vice Ganda was born on March 31, 1976, in Tondo, Manila. He is 43 years old as of the writing. His parents are Reynaldo and Rosario Viceral. He studied Political Science at Far Eastern University during his college years.

Why his Quotes is Influential?

The simple explanation here is that he has millions of followers on different social media platforms. When he shared a quote, a tweet, and photos. He can easily reach millions of Filipinos in an instant. 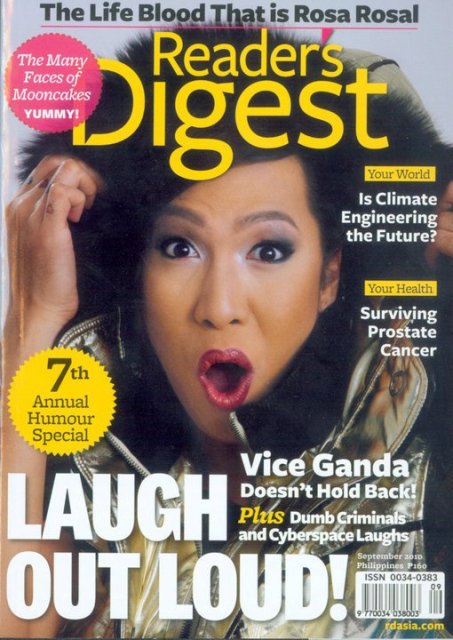 I will continue updating this post once he shared a new quotes. If you’re a fan of Vice Ganda and you remember some of his quotes kindly share it on the comment section.