Alex Gonzaga was performing onstage her latest single ‘Panaginip Lang’ (just a dream) from her album ‘I am Alex G.’ when the incident happened. Her top undergarment loosens and shows up below her hanging blouse.

The incident continues until her next song requiring her to wear a black leather jacket. The reason is that the wardrobe malfunction was not fixed even with several attempts from the backup singers and production staff to repair it while she performs her number.

What is admirable about the actress is she is so professional and has a presence of mind. First is she still continues with her performance regardless of what happened. As the saying goes “the show must go on.” Second is she is a quick thinker. She decides to wear a jacket on top of her clothes just to prevent a delay on her concert. 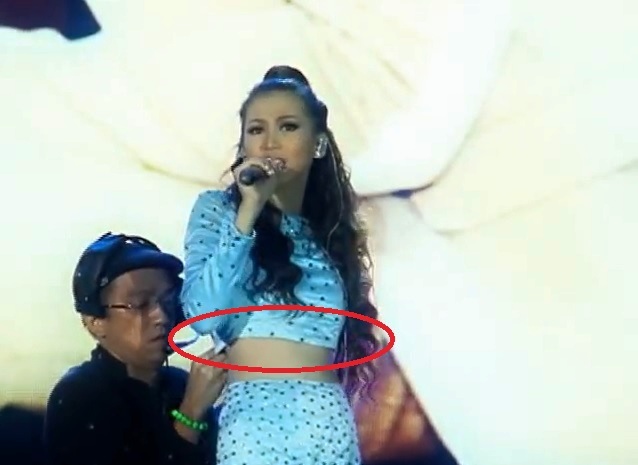 Fortunately, the incident didn’t stop Alex Gonzaga from delivering a good performance. She decided to continue her number in front of the jam-packed Smart Araneta Coliseum.

The Alex Gonzaga’s ‘AG from the East, The Unexpected Concert’ is a three-hour event. It is her first sold-out solo concert and probably her most unforgettable one because of the incident.

Alex Gonzaga has a book titled ‘Dear Alex.’ It has sold more than 100,000 copies and currently on its 10th printing. The 27-year-old actress hinted that it will be adapted to a movie soon.