Yasmine Espiritu is a 22-year-old half Italian half Filipina raised in Italy. According to his Boyfriend Alfred Vargas, Yasmin is an Italian citizen who completed a fine arts course in the same country.

They became acquainted because of a common friend. This happened when Yasmin was having a vacation in Laguna while during that time, Alfred is having some shows there.

The Laguna province is located roughly 53 kilometers south of Manila. Alfred or probably both of them fell in Love at first sight since their first meeting.

At a glance, I thought she was Marian Rivera. However, I had a doubt because we all know that they both belong to two different TV networks. Also, Marian is with Dingdong Dantes at the time of posting.

Personally, both have a resemblance and without a doubt are both pretty in their own different way. 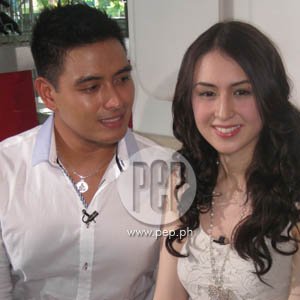 In an interview done by Ricky Lo on June 1, 2011, Alfred revealed that he was already married to Yasmine since August 2010 and they already have a daughter namely Alexandra Milan.

Update in 2020:
Hon. Alfred Vargas is serving his third term as a congressman. He is a District representative (5th district) of Quezon City. He and his wife Yasmine Espiritu-Vargas have three kids namely Ching, Ary, and Cristiano.

They have a family youtube channel dubbed “Vargas Na Pag-Ibig.” In their Q and A video, the lovely couple revealed that they met way back in March 2008, at “ANILAG Festival,” a beauty pageant held in Laguna.

According to Hon. Alfred, he experienced “loved at first sight” with her during that time. He added that the moment he met Yasmine, he already believed that she is the one.

Mrs. Yasmine Vargas also revealed in the video that Alfred is her crush and also her first boyfriend. The first time she saw the actor on TV series, she told her relatives that he will be her husband.

*Credits to PEP.ph for Yasmine Espiritu picture with Alfred Vargas